On September 1, 2019, Stacy, Cevin, and Larissa set out to visit the U.S Forest Reserve Black Hills Boundary Post No. 140, the initial point of the Black Hills Meridian.  Our goal was to discover the survey monument set by William H. Thorn, a surveyor that worked with the U.S. Geological Survey back in 1899.

We set out planning for a short adventure, only to be quickly overwhelmed by the number of dead trees, some standing and some partially fallen. It turns out the recent Black Hills National Forest pine beetle epidemic that killed millions of trees in the region had made our adventure much more difficult and dangerous than we had expected. Very soon into the hike we began to ration our bottles of water.  What had looked like a simple hike on our smartphone maps was going to require significantly more effort than previously thought because of the fallen trees.

After a significant effort and plenty of sweat, the monument ended up being more than any of us expected – a 4-foot long iron post partially buried in the ground surrounded with a 4-foot diameter collar of local stone projecting 2-1/2 feet or more above the ground.  The large iron pipe was 3-1/2 inches in diameter, having a large 4-inch cast brass cap riveted to the post. A very substantial monument even in modern times, you can only imagine the work it must have taken to establish this monument in 1899.

As we sat at the Black Hills Meridian point, we reflected on all the previous surveyors and the history that had taken place right there at that exact spot over the last century and a half.  It is impressive to think of the surveyors placing this monument in 1899; however, this point was originally established 22 years prior to that when the Civil Appropriations Act of March 3, 1877 created the funding for the Wyoming-Dakota territorial boundary to be surveyed and monumented.  On April 6, 1877 the Commissioner of the General Land Office (James A. Williamson) contracted with Rollin J. Reeves, Surveyor and Astronomer, to survey approximately 138 miles of the territorial line between Wyoming and Dakota Territory.  More specifically, the state line was drawn between the 43rd parallel and the 45th parallels of latitude along the 27th degree of longitude west of Washington D.C.  Reeves began his survey at the northwest corner of Nebraska, a monument that had been established on September 6, 1869 by Oliver N. Chaffee after surveying along the 43rd parallel.  Reeves and his crew took astronomic observations using Polaris to determine the starting azimuth surveying north.  We can only imagine the work and calculations that had to go into the Polaris observation, as the survey work had to take place on clear, dark nights in rough terrain. Furthermore, the work was done under constant threat of Indian attack.

Modern day land surveyors, such as ourselves, are accustomed to working with the conveniences of modern technology, smartphones, and GPS technology. State Plane and geographical coordinates derived from equipment of modern times allow us to forget how difficult it once was. We enjoy visiting significant and historical landmarks such as this one, as it gives us a chance to reflect on the past, present, and future of land surveying. 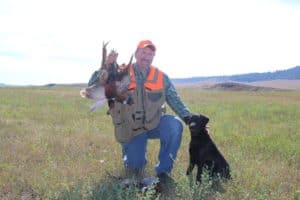 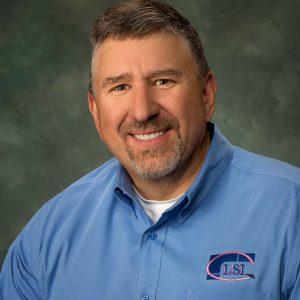